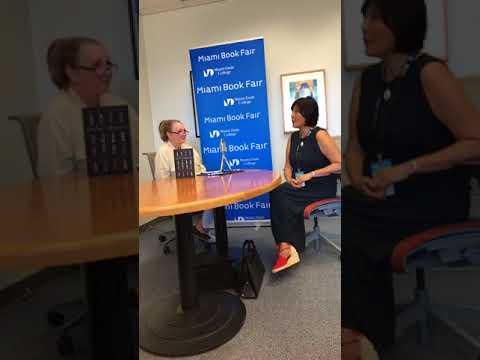 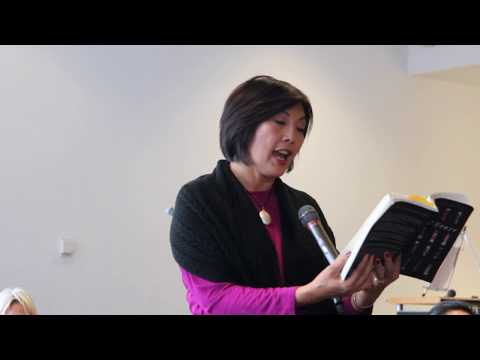 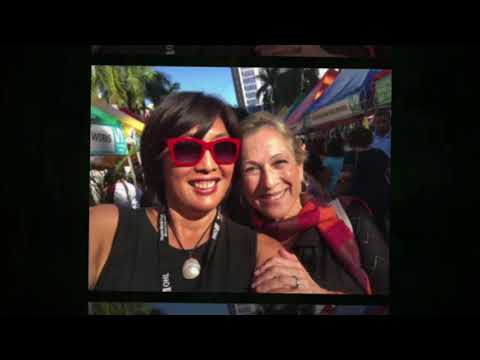 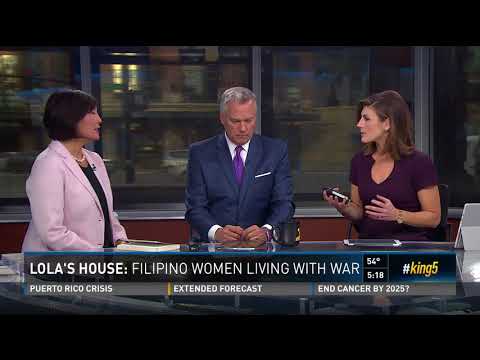 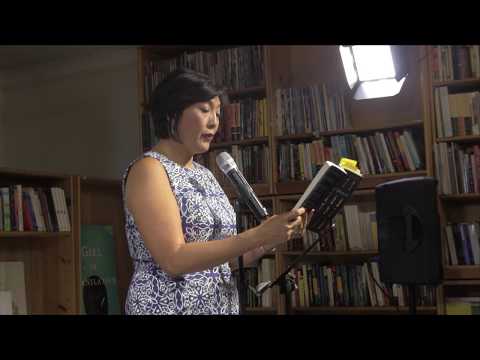 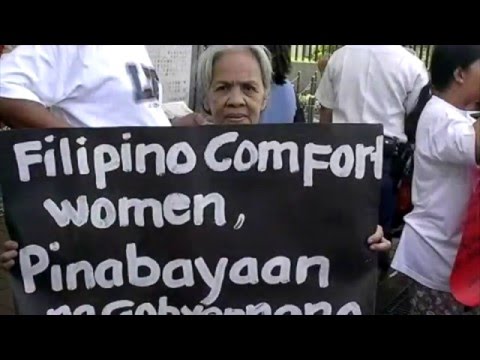 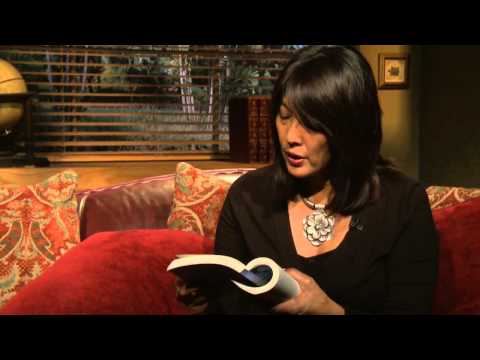 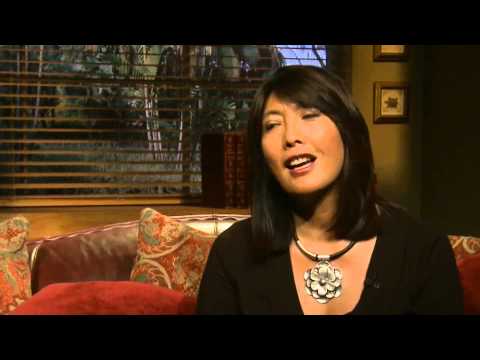 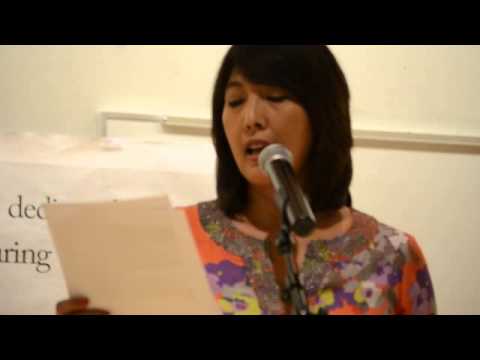 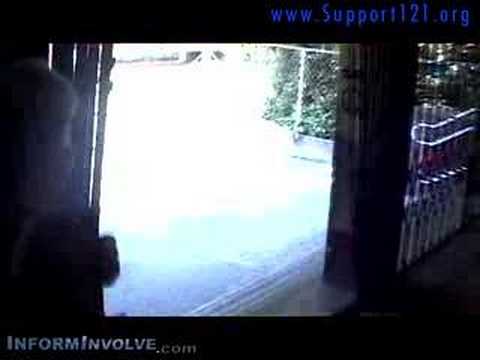 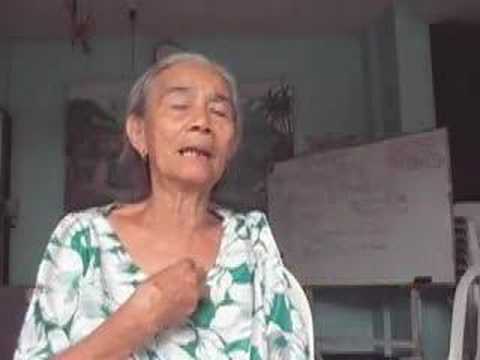 LILA Pilipina's Message to US Congress 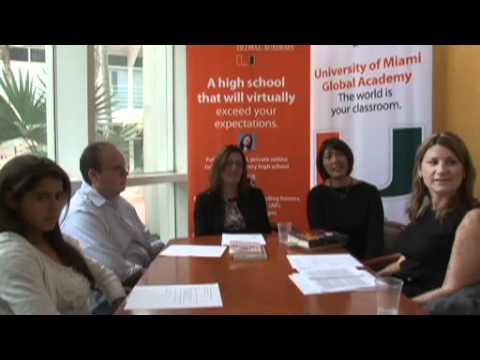 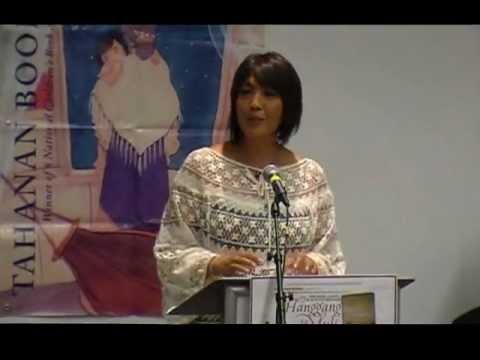 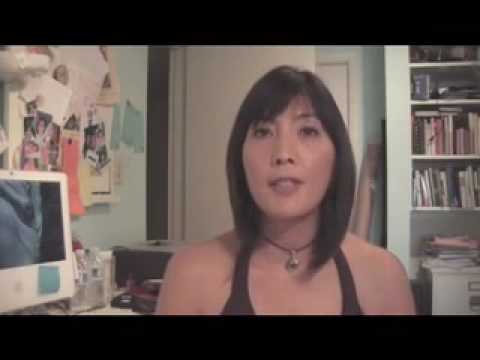 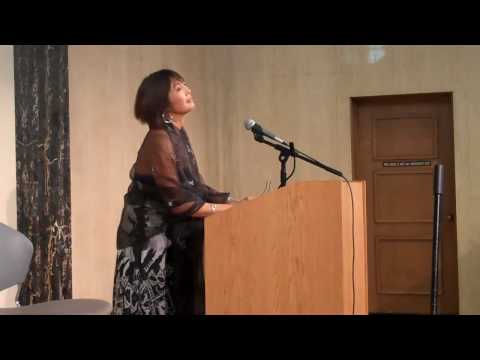 M. Evelina Galang
Episode 311 of The Drunken Odyssey, your favorite podcast about creative writing and literature...

M. Evelina Galang – Lolas’ House: Filipino Women Living with War
Our time machine travels back to the Philippines during the Japanese occupation the Second World War. Once in the South Pacific, we’ll bear solemn witness...

M. Evelina Galang reads from her book: “Lolas’ House“
In 1999, M. Evelina Galang began interviewing the women of Lolas’ House, sixteen Filipina women who survived the brutal sexual enslavement by the Japanese Imperial Army during World War II. Galang’s journey would take her to the Philippines several times over the next two decades as she joined the Lolas’ efforts to tell their stories and to fight for international justice.

'Lolas’ House' Tells Untold Stories of Filipino Comfort Women
During World War II, an estimated 200,000 to 400,000 women across Asia were kidnapped by Japanese soldiers and kept as sex slaves. They became known as “comfort women,” and some were detained for up three years. For decades, comfort women have demanded an official Japanese apology and reparations. Apologies have been vague and reparations limited.

Fil-Am’s book tells of #metoo from a different time
WASHINGTON, DC– Social media and the news have been inundated of late with stories about sexual violence by powerful men, sparking a women’s #metoo campaign. M. Evelina Galang, fiction writer and professor, since the 1990s has focused on similar stories of sexual abuse, but of a different time.

Galatea Resurrects: Eileen Tabios on Lolas’ House
Here are three reviews of Evelina M. Galang’s Lolas’ House: one by Christine Hyung-Oak Lee (The Miami Rail), one by Donna Miscolta (Seattle Review of Books), and another by Melissa Sipin (Hyphen). I begin by pointing you to those reviews as good, reasoned responses to the book.

Lolas’ House: Comfort Women #MeToo
Award winning writer and educator, M. Evelina Galang, runs into a lot of people who don’t realize that Koreans were not the only WWII “comfort women.” “Comfort women” is the euphemism for girls and women abducted and raped by Japanese soldiers across the so-called co-prosperity sphere, including Korea through China and the Philippines. HPR’s Noe Tanigawa reports on Galang’s new book, Lolas’ House, which opens a window onto the Filipina experience.

The Lolas Speak And Testify: Lolas’ House By M. Evelina Galang
In M. Evelina Galang’s Lolas’ House, sixteen Filipino comfort women recount their experiences of kidnapping, torture, and sexual slavery during World War II by the Imperial Japanese Army. These are a handful of many testimonies history has yet to record with any depth, and which the Japanese government has repeatedly denied. Lolas’ House changes the landscape by documenting first-person accounts by Filipina comfort women in hopes that these stories never die.

Huwes De Kutsilyo — The Stories Have Entered Their Bodies: On M. Evelina Galang’s Lolas’ House
In her fourth and most stunning book, Lolas’ House: Filipino Women Living With War (2017), M. Evelina Galang unwaveringly records the full-bodied lives, the heartbreaks, and the resilience of sixteen comfort women from the Philippines during World War II. The Filipina comfort women, endearingly called lolas (the Tagalog word for grandmother) by activists in the redress movement for an official apology from Japan, were captured and systematically mass raped by the Imperial Japanese Army.

Celebrate Filipino American History Month With These Five Books by Badass Pinay Authors
Whether it’s the universal experience of loss and grief, moving from the home you’ve always known, or simply the process of self-discovery, there’s something for everyone in Galang’s young adult novel. This coming-of-age story will resonate with you no matter how old you are: The first-person narrative is poetic and rhythmic, guiding you along as Angel experiences the death of her father, the second Philippine People Power Revolution, and emigrating to the United States. Her upbringing is supported by a strong matriarch that gives voice to the different generations of women, including survivors of “Comfort Women” camps from WWII.

Setting the Stories Free
Every war is a war on women. That’s one of the hard truths Filipina American writer and professor M. Evelina Galang discovered in the 18 years she spent researching and writing her searing new book, Lola’s House: Filipina Women Living with War

30 Books by Florida Authors Affected by Hurricane Irma
Lolas’ House: Filipino Women Living with War by M. Evelina Galang – “Lolas’ House tells the stories, in unprecedented detail, of sixteen surviving Filipino “comfort women.” During World War II more than 1,000 Filipino women and girls were kidnapped by the Imperial Japanese Army.
Evelina Galang: "Comfort Women" of Philippines
From panel: Researching and Documenting the "Comfort Women" History: what documents exist and where; how one analyzes them; working with oral history

The Harrowing Story Of Filipina Women Enslaved In Japan’s Wartime Rape Camps
It has taken M. Evelina Galang almost 20 years to chronicle one of her nation’s greatest traumas. It’s the story of how women finally broke their silence in the wake of war and terror; a testament to their courage and their long-buried grief.
Download PDF
Songs for Women Living With War 2016
This video documents the first phase of creating the Songs for Women Living With War/ Bahay ni Lola "living memorial", anti-war memorial for WWll Comfort Women, victims and survivors of sexual violence by artist and professor Johanna Poethig with the Visual and Public Art department, CSU, Monterey Bay in Spring 2016. Guests invited to present are edited with excerpts from writer M. Evelina Galang’s interviews with the Lolas in the Philippines.

Special Issue, Interviews: M. Evelina Galang By Melissa R. Sipin, Oct 2014
Author of Her Wild American Self (Coffee House Press, 1996) and One Tribe (New Issues Press, 2006), M. Evelina Galang teaches in and directs the Creative Writing Program at the University of Miami and is core faculty and a board member for VONA/Voices. She is the recipient of the 2004 Gustavus Myers Outstanding Book Awards Advancing Human Rights, the 2004 AWP Prize in the Novel, and the 2007 Global Filipino Award in Literature. As the Fulbright Senior Scholar in the Philippines in 2002, she has been researching surviving WWII Comfort Women, endearingly called the Lolas (grandmothers), since 1998. Editor of the anthology, Screaming Monkeys: Critiques of Asian American Images (Coffee House Press, 2003), she recently finished penning Lolas’ House: Women Living With War, a nonfiction book of essays.
Download PDF

Publisher's Weekly, October 2013
It's the year 2000 in Manila, and 14-year-old Angel is grieving the sudden death of her papang (father). When Angel's ináy (mother) becomes a certified nurse and moves to Chicago, Angel grasps for new footing and rejects everything from god to her supposed gift of healing hands.

The Whimsical Project, October 2013 - The Flight of Lola Catalina Lorenzo: An Interview with M. Evelina Galang
M. Evelina Galang, who teaches in and directs the Creative Writing Program at the University of Miami, is core faculty for VONA/Voices: Voices of Our Nation Arts Foundation. She has been named one of the 100 most influential Filipinas in the United States by Filipina Women’s Network.

NPR Interview: U.S. Demands Apology for 'Comfort Women'- Part II, July 31, 2007
Evelina Galang is a University of Miami professor and researcher of comfort women in the Philippines. Galang is documenting the remaining survivors' stories and talks about her work.

Interview with M. Evelina Galang - Kartika Review
For this special issue of Kartika, it wasn’t difficult for me to think of a Filipino- American author whose work about and presence in our community is visceral, progressive, and vital, someone who is not only a writer, teacher, and activist but also a mentor, an advocate, an ate (ah-teh = a term of endearment and respect in Tagalog for older sister).I had the honor of working with Evelina during a Voices of Our Nations Arts (VONA) residency in June of this year. To say it was an incredible and heart-opening experience for our tight-knit group of writers would be an understatement. Right away we could tell that Evelina was passionate about lending voice to the silent, finding conflict, answering difficult questions. Writing was facing what we were avoiding, cutting the excess, reaching for the jugular. Sometimes this would bring us to tears but always, always did we walk away from a class meeting and our one-on- one conversations revived, unafraid, determined.
Download PDF

The City and the Writer: In Miami with M. Evelina Galang
Every year my parents visit and they tell me that Miami is like Manila before Marcos. And while my only memories of Manila before Marcos are mostly the inside of my grandmother’s garden (green and tropical and lush with a stone grotto to Mary and a pond of giant goldfish and floating lilies), I think I know what they mean. For me, Miami is like no other place in the United States. When the doors at MIA swing open and the humidity washes over me amid the beep-beep of taxis and the cacophony of so many languages, I know I’m home. This is not only Miami this is Manila too. From the traffic on US One, to the resort blue waters of the Atlantic, there is symmetry between these two cities. From the international quality of our people, to the little markets on Calle Ocho and the way friends and neighbors greet each other with besitos, this city feels like a piece of Manila. These days, my own little Miami garden with its avocado, mango, lemon, and naranja agria trees, brings me back to my grandmother’s in Manila—not so much the look of all those palm fronds and lush greens, as the stillness I find there every morning.
Download PDF
Audio
The Drunken Odyssey: Episode 311: M. Evelina Galang!